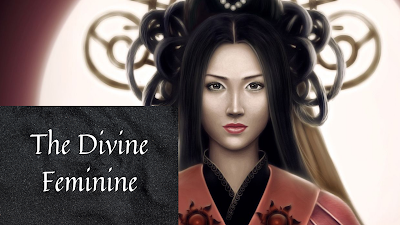 "The contemplation of God in women is the most intense and perfect."-Ibn Arabi, Fusus Al-Hikam

Western culture, influenced significantly by the Christian tradition, has a firmly masculine conception of the Divine. The Divine Being is revealed as a Heavenly Father, a God of Armies and a King. All masculine designations. This reflects only the exoteric aspect of religion. And as a result, many men have used this concept throughout history to justify the subjugation and limitation of women. This wasn't the natural proclivity of most Western Europeans in their pre-Christian pagan age. Women, while certainly being homemakers, wives and mothers, also often held very important spiritual and social positions, including as priests, shamans and queens.

In the East, the sacred writings of Hinduism, Sufism, Shinto, etc. recognize a feminine principle at play with regard to the Divine. Thus, there are a host of goddessess in their spiritual traditions. For example, Inari Okami, Amaterasu Omikami, Izanami, Akibime no Kami, Amanozako, Ame no Sagume, Radharani, Parvati, Kali, Saraswati, Gayatri, Durga, etc. In fact, if we look into the Christian scriptures closely, we find a surprising truth. The original Hebrew for "Holy Spirit" used throughout the New Testament is "Ruach HaKodesh". This is interesting because it witnesses to a lost spiritual truth in modern Christian theology. The Hebrew words are feminine gender! In other words, the Holy Spirit, whom Christians consider the 3rd Person of the Trinity and therefore, God, is feminine. This makes sense when you consider the descriptions of the Holy Spirit: Comforter and Giver of Life-typically the qualities of a mother. This also adds a deeper significance to the birth stories of Jesus. Recall that the Apostles' and Nicene creeds, the two core statements of belief that all Christians embrace, both state that Jesus was "conceived by the Holy Spirit and born of the virgin Mary." This idea of Jesus having been conceived by the Holy Spirit means that the Divine Mother conceived him. Of course, Christians would never accept these truths because they're religionists. They deal only in the exoteric, the externals. To truly understand the principle of the Divine Feminine one has to be submerged in the esoteric, the inner wisdom tradition that gives life to religion. Mere religion (the exoteric) is empty without such inner wisdom (the esoteric). 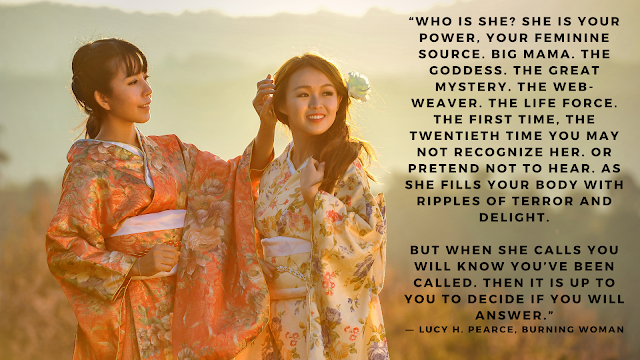 We're afforded a wonderful image of the Divine Feminine in the women around us every day. As I noted in my articles titled 'The Science of the Divine Being', Kami-sama (God/dess) possesses dual characteristics of masculinity and femininity. The Judeo-Christian and Islamic traditions teach that we are created in the image of the Divine Being. Part of this image is in our own masculinity and femininity. Women, then, are the image of the Divine Feminine. They offer us a glimpse into the beauty, the compassion, and yes even the higher eroticism of Kami-sama, since the Divine Masculine too is eternally drawn to the Divine Feminine, without which Kami-sama isn't whole. All of these would remain mysteries to us were it not for the existence of women. She is the teacher of men, allowing them to fulfill their masculinity without the cold sterility of rationalism, the brutality of mere strength, and the inner emptiness of mere provision. In this sense, a woman is an avatar of the Divine Being adding sensitivity, intuition and softness to the masculine as it encounters the world. By way of expressing this profound truth, I want to share with you some quotes from Frithof Schuon, a fellow Perennialist philosopher.

"… femininity is what surpasses the formal, the finite, the outward; it is synonymous with indetermination, illimitation, mystery, and thus evokes the “Spirit which giveth life” in relation to the “letter which killeth.” That is to say that femininity in the superior sense comprises a liquefying, interiorizing, liberating power: it liberates from sterile hardnesses, from the dispersing outwardness of limiting and compressing forms. On the one hand, one can oppose feminine sentimentality to masculine rationality — on the whole and without forgetting the relativity of things — but on the other hand, one also opposes to the reasoning of men the intuition of women; now it is this gift of intuition, in superior women above all, that explains and justifies in large part the mystical promotion of the feminine element; it is consequently in this sense that Haqiqah, esoteric Knowledge, may appear as feminine."

"Christian theology, by concerning itself with sin and seeing a seductress in Eve in particular and in woman in general, has been led to evaluate the feminine sex with a maximum of pessimism. According to some, it is man alone and not woman who was made in the image of God, whereas the Bible affirms, not only that God created man in His image, but also that “male and female created He them”, which has been misinterpreted with much ingenuity (…) A first proof —if proof be needed — that woman is divine image like man, is that in fact she is a human being like him; she is not vir or anër, but like him she is homo or anthropos; her form is human and consequently divine. Another proof — but a glance ought to suffice — resides in the fact that, in relation to man and on the erotic plane, woman assumes an almost divine function — similar to the one which man assumes in relation to woman — which would be impossible if she did not incarnate, not the quality of absoluteness, to be sure, but the complementary quality of infinitude; the Infinite being in a certain fashion the shakti of the Absolute."

Remember that women are, both in their nature and character, as well as in their physical form and beauty, the visible image and reminder of Absolute Beauty, and as such should be honored as an aspect of the external energy of the Divine that draws the masculine toward his highest good when so honored. As always, I'm open to any questions you might have. Gassho. 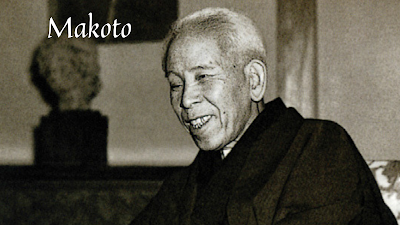 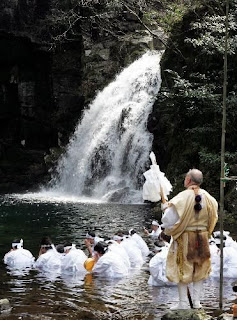